The War of Mankind - read it for entertainment, save if for future reference

As the subtitle suggests, The War of Mankind is A Dystopian Survival Thriller with copious amounts of well researched information on everything from food security to personal security. All this information is jammed into a story told by a young man as he experiences the apocalypse brought on by climate change, the results of which reactivates a recessive gene in human beings – a deadly one. 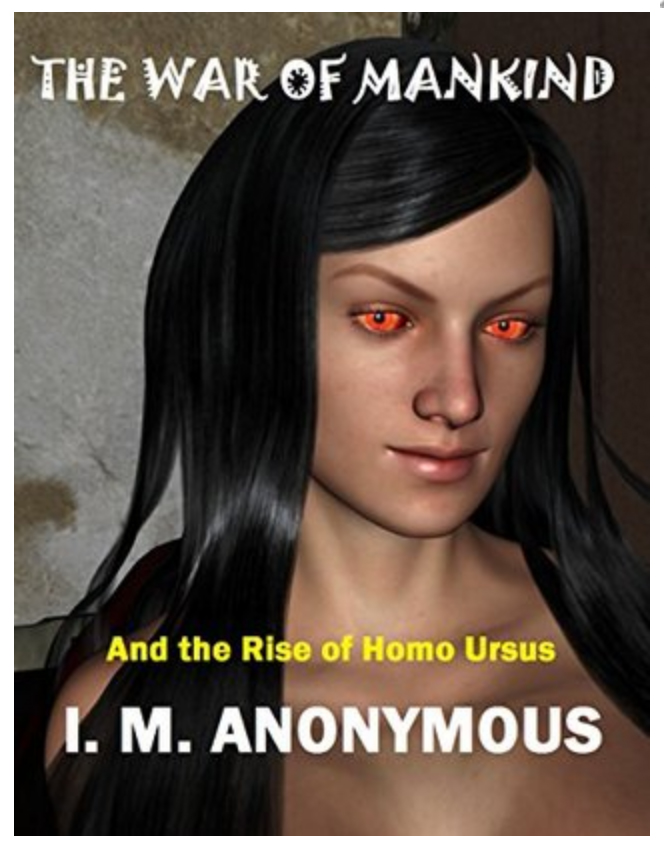 A crops fail and food becomes scarce, starvation is a reality, and not only in third world countries. Amongst all that junk DNA, there’s a sleeping gene that allowed us to consume raw meat, and it’s awakening.

The first indication that something dark and disturbing is going is the mutilation of the bodies of homeless people and others who die in parks. Their corpses appear to have been partially eaten. But as famine increases, soon it’s not only dead bodies that are being cannibalized, but also the vulnerable among the livin

g; children and the elderly.

The protagonist begins to realize there are a growing number of the population who prefer a diet of human flesh over anything else and they are on the increase. He can identify them by the subtle genetic modifications they undergo and, with the help of his father, takes steps to defend himself and escape to where pe

ople have more conventional dietary habits, at least for now.

But he has a problem. The beautiful, young woman he’s fallen in love with shows all the signs of being a cannibal, including her preference for the uncooked varieties of dog food.

Author Clark Wilkins uses a creative blend of actual media reports, pseudo-science and imagination to weave a convincing story about a gruesome end to the world as we know it. The plot unfolds realistically, and the response of the protagonist is just as pragmatic.

Characterization is minimal, and at times the plot is brought to a standstill with survival information such as how to operate a stove, home lights, and a hot water tank without electricity and details of other actual survival techniques including weapons.

However, considering the state of civilization, this information overload may turn out to be an asset to the reader rather than a liability.

Read "The War of Mankind: A Dystopian Survival Thriller" as entertainment, then save it for future reference.